Annually, more than 2.2 million bone graft procedures take place worldwide. These grafts are used (i) to fill and repair large bone defects, which can be observed after a tumor resection, (ii) to treat fracture complications, such as pseudarthrosis (lack of union between the bone fragments), (iii) to fuse vertebral bodies to treat intervertebral disc degeneration, and (iv) to improve osseo-integration of prosthesis, such as dental implants or hip prosthesis.

Autologous bone graft (harvested from the patient’s own body) is the most widely used type of graft; but its use is restricted by the associated donor site morbidity, increasing operation cost and time and the limited quantity of bone that can be harvested. To overcome these problems, surgeons can resort to allografts, which are isolated from an individual other than the patient. Because these grafts are treated to minimize the risk of pathogen tranmission, their content in bioactive actors is greatly reduced, greatly decreasing the graft's repair potential.

In order to address these limitations, it has been proposed to engineer an artificial bone graft using osteoprogenitor cells (which give rise to cells producing bone matrix) in association with a osteoconductive scaffold (which support bone formation). One of the most promising sources of osteoprogenitor cells is the bone marrow:, that contains the mesenchymal stem cells (MSCs). 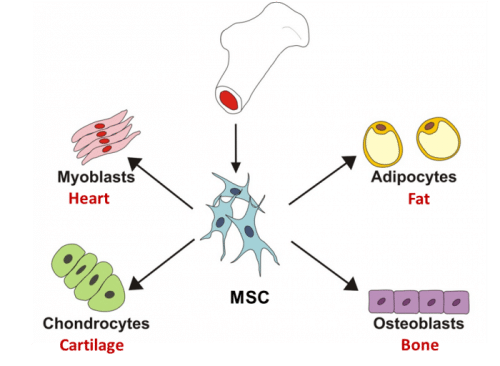 These cells, also known as bone marrow stromal cells, are highly interesting for bone tissue engineering as (i) they are autologous, minimizing the risk of rejection or pathogen transmission, (ii) they possess a high potential of proliferation, allowing the use of a large number of regenerative cells and (iii) they can differentiate into bone cells (osteoblast). The MSCs have been extensively studied, but the B3OA is one of the first laboratories worldwide to demonstrate the ability of these cells to repair bone defects of a volume pertinent to human clinic.
Based on its well established expertise, the laboratory keeps developing new therapeutical strategies for bone repair. Its efforts focus on improving the repair potential of MSCs by stimulating their survival and functions. Enhancing MSC survival and functions in an ischemic environment 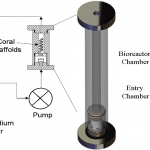